Japan’s Hayato Enokido has taken out the 5th stop on the JPBA Japan National Pro Tour, the Kisakihama Clean Beach Cup. In doing so Hayato was crowned National Pro Tour Champion for a record 5th time. having previously won in 2006, 2011, 2012, & 2013. 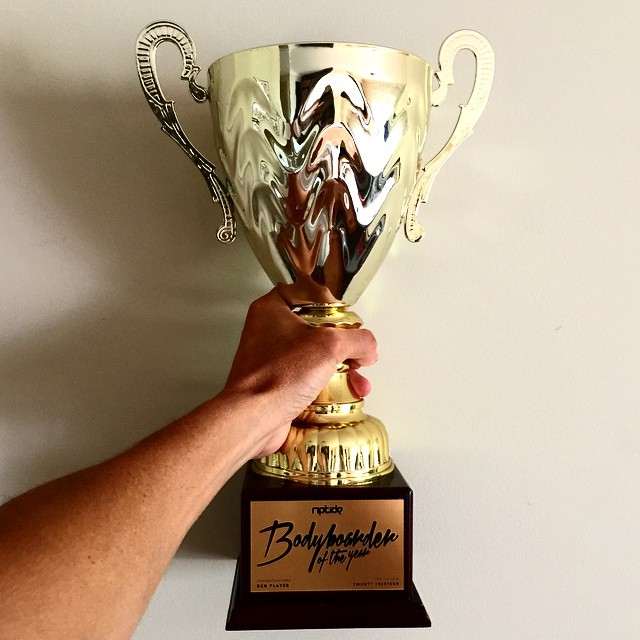 We’re stoked for BP winning the coveted trophy from Riptide – for a second year running, What can this man not Conquer!

and the nominations where:

The funnest edit I’ve ever had. Watch in HD and get Funk’d up!!!

Sumatrium is the brainchild of Ben Player and cinematographers Ed Saltau and Dean Fergus.

Shot over a 10 day period entirely in Krui, Sumatra, Ben’s high performance surfing is captured in full HD and the results are simply mind-blowing.

Fergus’s brilliant water footage pays homage to his days as a professional bodyboarder and give us a unique up-close view of Ben in his element. In contrast, Saltau’s film school training is on display with a multitude of land angles that not only capture Players’s mastery of the ocean, but also confront us with the stark beauty of Sumatra.

Some will undoubtably ask why include the village slow-mo drive by, but those who have experienced the true Indonesia will appreciate the juxtaposition of this scene. A fresh soundtrack and seamless editing finish off what is a progressive, high quality production. 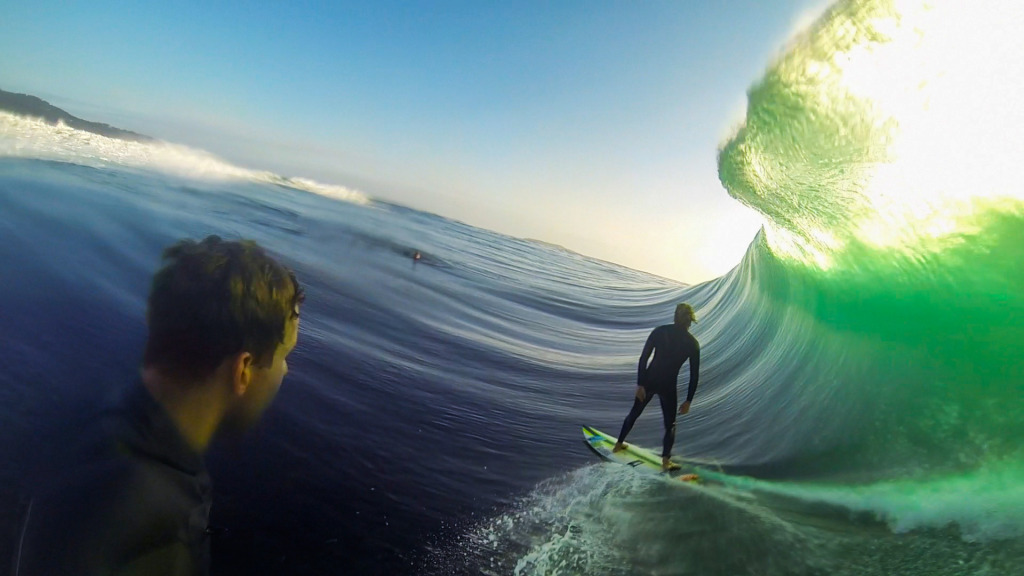 It was a sneaky pulse of swell at a little secret spot down the south coast. I had been bodyboarding all morning with a mate and photographer, and gotten some really cool shots.

Another surfer mate came along on his ski and was attempting to double tow with the photographer, but they couldn’t make it work. They asked if I wanted to try, so grabbed my 5″4 Mullet I had on the rocks. It has tiny fins in a twin fin set-up, so you can hold a rail but then do 360’s as well. We both stood up, holding on to the towrope together and caught a few 4-5 footers with me trailing my mate holding the GoPro to get that “behind” perspective. We got a couple ok waves, but not the one. The swell jacked a little and we ended up backdooring an 8 footer that just threw out really hard. I was pretty much sacrificing myself every wave so you could get that deep perspective. My mate Scott stood tall and I sat a few metres behind him holding the GoPro up above my head.

I ended up getting completely flogged. Hit the reef then tumbled for 20 seconds. I came up gasping but frothing at the potential of scoring something special, but we had no idea how good the footage was until we got it home on the computer. Once we saw it we knew it was a pretty amazing and I’m super stoked with the social media madness that ensued. My mate did get a couple of me whilst I was on the boog, but nothing compared to the one I got of him.

Never thought I’d have guys like Kelly Slater, Taj Burrows, Mark Mathews and Clarke Little commenting and sharing on a boogers photo. Fingers crossed we win one of these GoPro comps or the XXL Barrel photo of the year!